The hotel struggle is real. As our family has grown, our hotel situation has become increasingly complex. We now require either A) two rooms, each with two queen beds and a pullout couch; or B) three rooms, but two of them must be adjoining so that no kids are left in a room unaccompanied by an adult. This has caused us a love/hate relationship with Priceline. Booking online is super simple, which is wonderful. However, we have to book our rooms over the phone to ensure that things are booked correctly. Sometimes, we win the Priceline phone representative lottery. Sometimes, we do not. In Louisville, we did not. I made the statement "We need two of these three rooms to be adjoining rooms." The representative replied: "Ok, yes, I've got it, sir." I found out the hard way that by, "Ok, yes, I've got it, sir," he meant, "Ok, yes, I have comprehended the words that you just said to me, but I am in no way going to make that happen. But, you won't know that until you arrive at the hotel. Oh, and when you call to fix the issue, your estimated hold time will be 3.5 hours. That's right...three and a half hours." I've discovered a painful truth in life. It's a phenomenon that perhaps you've experienced as well. Whenever an event transpires that has me flustered and frustrated--like Priceline messing up a reservation and subsequently putting us on hold for 3.5 hours--I often end up doing something stupid while in my state of frustrated distraction. That's what happened to me in our hotel in Louisville. I ran downstairs to ask for extra blankets for our rooms. As I walked out of the empty room, I flipped the little metal door lock latch thingy open between the door and the door frame so that the door would be cracked open upon my return (so that, when I returned, I wouldn't have to put down the blankets in order to unlock and open the door). After acquiring the blankets from the nice front desk attendant, I ran back up the stairs, kicked open the door to the room, and walked in as the door closed behind me. Much to my surprise, I was met with the very surprised stares of lovely Asian couple. "AHHH! SO SORRY!" I bolted out of the room and immediately realized what had happened. The couple in the room next to mine was also utilizing the "leave the metal door latch thingy open between the door and the door frame to hold the door open" technique. In my frustrated state, I had barged into the wrong room. Ugh. We weren't off to a great start, me and Louisville. Overall, Louisville wasn't our best stop. It wasn't your fault though, Louisville. You were an all-around cool city, and I wish we'd had the chance to explore more. We'll certainly back someday. Unfortunately for us, thanks what must have been a massive baseball tournament, Louisville was flooded with people. This was by far the busiest stop we've made on our trip. So, we opted for more drive-by sightseeing than on-foot sightseeing. I did stop in a couple bookstores and drop off some copies of my book. One of these bookstores adorned its entry doors with various photos from Lionel Richie vintage album covers. The picture doesn't do the doors justice. 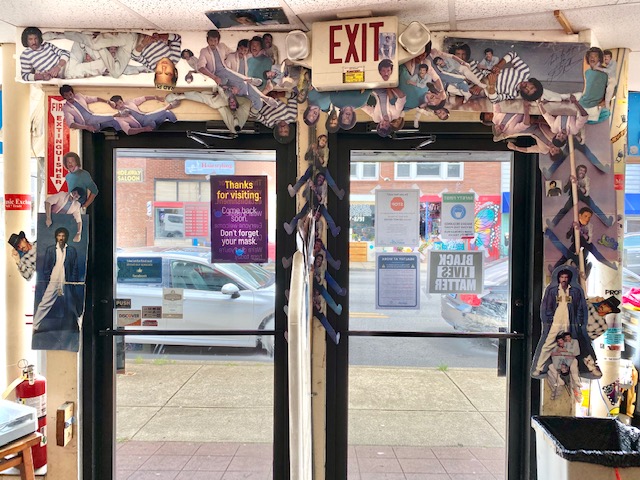 Drive-by sightseeing worked out pretty well for us, and it opened the door to some great conversations. As we entered the city, we crossed a lovely bridge. Then, I took a turn down a street (I can't remember which). The first thing I noticed was the boarded-up windows of a local urology office. There was a message poorly freehand spray painted on the boards: "Come in. We're still open!" The first thought that went through my head: I bet someone went Rage Monster on that place after a botched vasectomy. But, as soon as we made it to the next block, which was full of businesses with boarded up windows, I realized where we were. Louisville ha been the home of Breonna Taylor, and we were driving through the setting of riots that had taken place just a couple weeks prior. As was becoming a theme during this road trip, we were able to have some really good conversations with the kids. We talked about justice and injustice and no-knock warrants and race and riots. We certainly didn't have all the right answers, but we appreciated the opportunity to have important conversations in a setting with visual aids. This is always one of our favorite things about road trips. We feel like the kids grasp history a lot better when they can experience the setting. 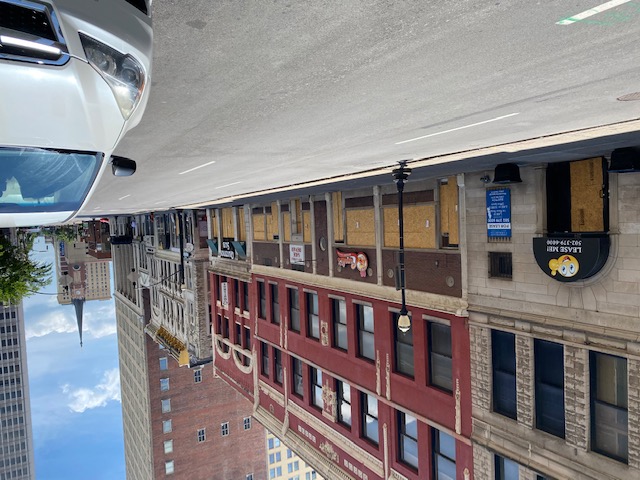 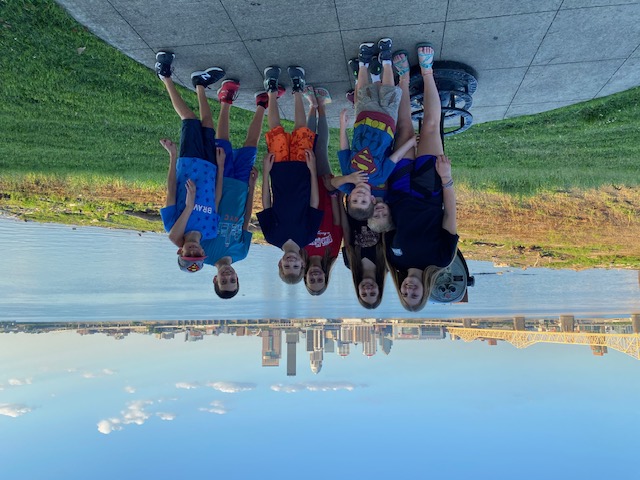 Until next time, Louisville. We'll be back. On to the next stop: Santa Claus, IN & Mount Vernon, IL.