Careese and I both laughed out loud as we realized that our preconceived ideas about Pittsburgh were way off. Neither of us were expecting it be be so mountainous or green. I was expecting something more flat and industrial. Careese joked that she was expecting it to be flat and pink--like it is on the map. As it turns out, Pittsburgh is beautiful. We drove across several bridges and through a mountain tunnel. Loved it. We found a great deal on a hotel room. When we pulled back the curtains, we realized why. Checkout this great view OF THE TRACK WHERE A TRAIN CHOO CHOO-ED WHILE WE TRIED TO SLEEP. Pro tip for hotel stays: if your room is close enough to train tracks that you could spit on a train as it passes you by, you should book a different hotel. 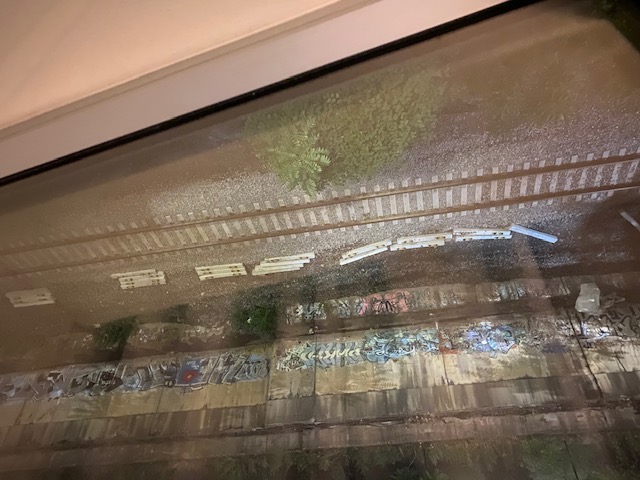 We didn't really have any plans other than seeing Heinz Field. So, after driving around the city a bit, we ended up at the Carnegie Science Museum. Worth noting: our Don Harrington Discovery Center membership in Amarillo got us a substantial discount (special thanks to my sister for tracking down our membership info). The parking lot was almost empty, so we thought we'd give it a try. Once we got inside, it was clear that, just like Chocolate Disney, we would be sharing the entire Science Museum with almost no one else. We still went through a vat of hand gel, but it was worth it. We played air hockey against a robot, learned all about the human body, and even walked through a submarine. Pittsburgh was fairly uneventful, so I'll leave you with the following video to enjoy (make sure your sound is on).

Did I remember to give away any of the ~75 copies of my book I have left? No, no I did not. I'm really doing a terrible job of promoting my book. In my defense, there was almost no one with us at the science museum with whom to share my book. Perhaps the Amish will find my book appealing. 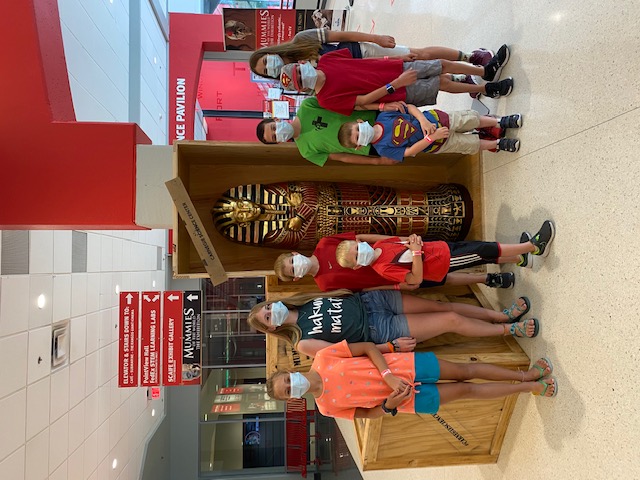 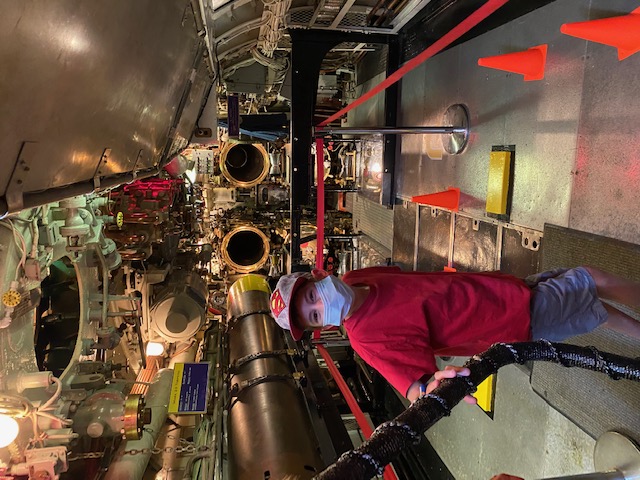 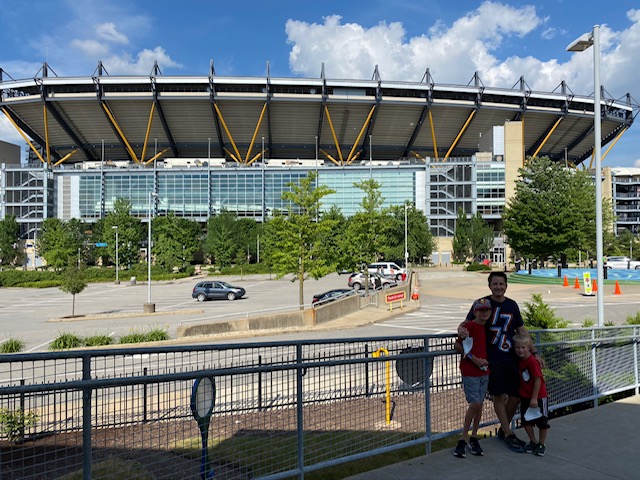 "Can somebody get me a dollar?"
On to the next stop: Amish Country: Berlin, OH.