Stop #8: Cincinnati and The Ark Encounter

Cincinnati is a beautiful city. I love its bridges. Also, it was pretty cool to see the Reds ball park. I was a huge Reds fan for however many years Ken Griffey Jr. played for them. Full disclosure: I've always hated the Reds since then--primarily because they didn't win Griffey the championship he so very much deserved. I'll never forgive them or the Mariners for that. But, I digress. 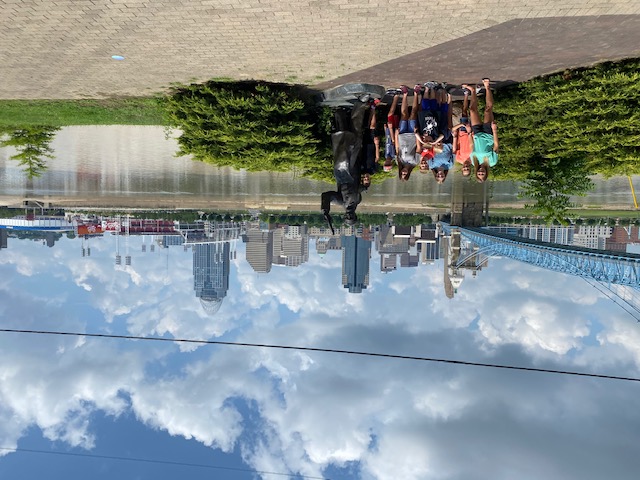 One of my favorite memories from Cincinnati is incredibly random and comes from the parking lot of a Subway restaurant. A little old lady slowly, softly, but directly backed her car into the front of our van--while all of us were sitting in it. She clearly hadn't so much as glanced in her rear view mirror as she backed up. I mean, our van is really hard to miss. I got out, surveyed the damage (which was minimal), and walked to her window. She looked at me, smiling a great big smile as she rolled down her window. She kept smiling, but didn't speak. She must have been at least 90 years old. Me: "I think we're fine here. There's hardly any damage to my big ol' van or your car. Are you okay?" Her: "Ok! Have a great evening!" She didn't stop smiling the entire time as she rolled up her window and drove off, leaving me standing there awkwardly in her dust. Then, it dawned on me that her smile looked familiar. It was the same smile my kids gave me when they were little and had accidentally (and sometimes purposefully) done something wrong. It was a smile of, "See how adorable I am? You aren't really going to get mad at me are you? Yeah, I didn't think so, because I'm adorable!" Well, she was adorable, and it worked for her just like it often worked for my kids. Thanks for your role in helping create Struggle Bus 2.0, lady. On to the ark. The ark was certainly worth going to. The sheer size of the thing is awesome. I love that someone took the time to make it happen. It made me want to see a few other things rebuilt--like the tabernacle or Solomon's Temple. That said, there were a few times during our tour of the ark where I had a distinct, "I'm not sure how I feel about that" feeling. One such time was when we passed by a picture depicting a shark feasting on some doomed sinner. Anyhow, overall I'd recommend the Ark Encounter to anyone. It certainly makes you think and wrestle with some of the most difficult truths of Christianity...in a good way. 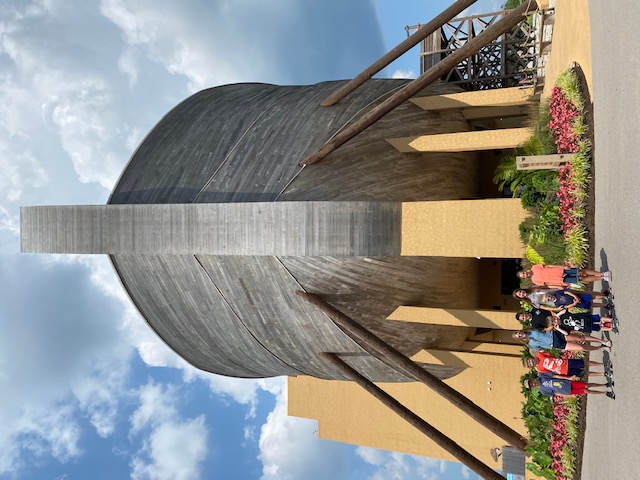 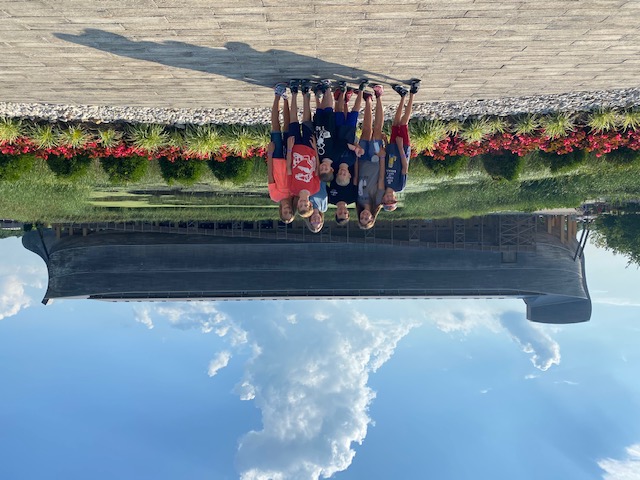 On to the next stop: Louisville, KY.